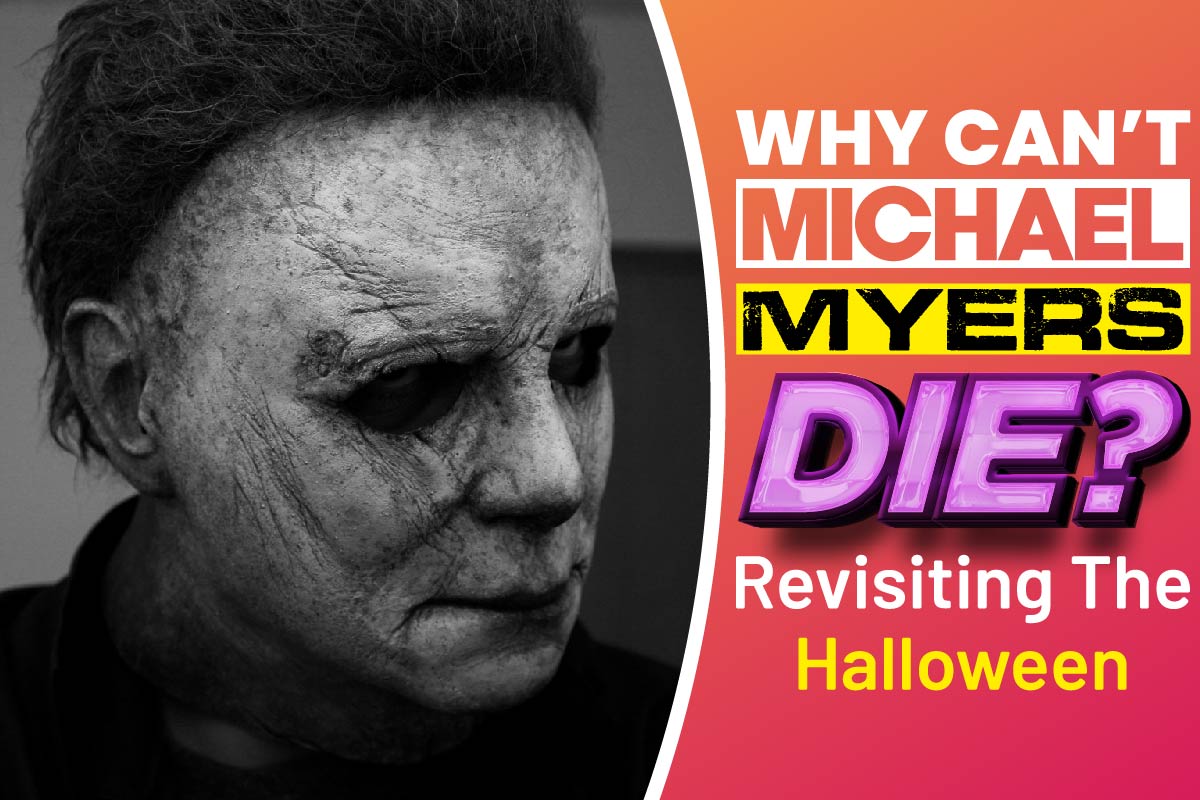 Michael Myers, one of the main characters of the movie Halloween, has been cursed by Thorn’s cult group. This course was behind many of his misfortunes and destiny, which could be why he survived until the end of the show. The Halloween Kills was the sequel to the movie; Halloween.

The film has become a virtual legend. If you have not watched this movie yet, then you can watch all the episodes through Netflix. Pay attention, that this movie can be unavailable on the Netflix platform due to restrictions. Try to unblock Netflix VPN to remove geolocation restrictions. This is the easiest and most effective way to unblock Netflix and enjoy the movie.

There are different speculations as to why Myers can’t die in the Halloween movie series, but one theory seems to stand out from the rest.

So, Why Can’t Michael Myers Die?

Michael Myers can’t die because the Thorn cult has placed a curse on children from Michael’s tribe, and that makes him “immortal.” The cult also commands him to murder every member of his family as a sacrifice to sustain the cult members’ immortality.

How Did Michael Myers Survive The Ending Of Halloween?

Against all odds, Michael had survived his imminent death on Halloween, and many different reasons were speculated.

The 2018 movie introduced the viewers to a traumatized Laurie Strode who never got over her near-death incident with Michael Myers. Laurie had also prepared for the return of Michaels because she knew he might never die.

In preparing for Michael’s return, she had transformed her home into a mini bunker and a weaponized property. She had also trained Karem, her daughter, in some survival skills to help her survive. Laurie’s preparedness was worth it in the long run.

Michael eventually escaped from the facility where he was kept prisoner and returned to Haddonfield for Laurie. With the help of her daughters Allyson and Karen, Laurie was able to trap Michael in the house. The three ladies also escaped from the house barely but unaware that Michael also did the same. Michael was able to escape because of one malfunctioned door in Laurie’s basement.

Laurie and her daughters managed to trap Michael in the basement and pulled a switch capable of releasing bars inside the stairwell to ensure that Michael couldn’t come up. She had also deployed a mechanism that would set fire to the house from the inside outward.

With everything in place, there should be no way Michael would have survived without being burnt since he was trapped in every way.

The Halloween Kills trailer got people talking again when it revealed footage from its upcoming movies. In the trailer, Laurie strode, and her daughters saw a rescue vehicle moving towards their burnt house, then they screamed at the top of their voice, begging the driver to turn around.

This teasing trailer ended with a moment showing Michael was still alive. Though his mask was severely burnt, a little detail about the facial mask hinted at Michael’s survival in the fire accident.

The fire had injured Michael, and the mask was still in a manageable state. It means that Michael had found a way out of Laurie’s house.

The burn mark on the mask also shows in the new footage that it was the same Michael from the previous edition of the movie that will still play the same character. No copycat would have discovered the mask in such a situation and wear it.

Michael was trapped in Laurie’s basement; there was a slight chance he could have done something to throw his mask out of the window to keep it safe. Michael was also wearing his mask in the basement when it began to go up in flames. The bottom line is that if it weren’t the honest Michael that survived the inferno, the mask would have been burnt beyond recognition.

Why Michael’s Burnt Mask In Halloween Kills Make Him Scarier

This horror series has bestowed upon Michael a “Larger than life” status, with how he survived the previous movie. He had died in many Halloween series, but he is a figure who is not destined to die. Despite this, Michael has always found a way of coming back from the dead because of the curse placed on children from his tribe.

This part of his character is why Michael has become an iconic Villain in the movie series. The burnt mask he is wearing shows that he has managed to beat death again. The wrong side of his character is that he hunts and kills people without any motive. He is almost immortal, and that makes the character more fascinating to watch.

Though Michael’s previous resurrection can be linked with some supernatural turn of events, we can but link some of it to his exceptional survival instincts.

In particular, the Curse of Thorn series shows some supernatural effects on how Michael had survived their death. In Halloween Two, Michael was shot in both eyes and blown up, yet he could come back from the dead to wreak even more havoc. He has been hanged, electrocuted, and even burnt alive on several occasions, but somehow, he will return to the scene.

The Halloween franchise has added some supernatural twists and turns to Michael’s countless come-backs from the dead. For instance, at some point in time, Laurie and Michael were siblings, and Laurie has a daughter named Jamie, who eventually learned about her uncle’s mysterious activities.

Fortunately for Jamie, she had developed a psychic connection with Michael that alerts her whenever Michael is nearby.

Danny McBride, who wrote Halloween, confessed that he deliberately ignores the previous series, and that could be why many were stunned when Laurie and Michael were confirmed as siblings. Danny believed that the idea of having Michael pursue someone he doesn’t know is not motivating enough. To make things scarier, Michael and Laurie had to be revealed as siblings.

The movie series has been tagged by many as a game of “Cat and mouse.” Since Halloween ignores the sequels and only recognizes the first movie as Canon, there seem to be minor supernatural events that will occur as they move forward.

For this reason, Michael’s survival in the Halloween Kills could have been a result of some natural and realistic events.

2018 Halloween Secretly Gave A Hint On How Michael Survived

In the 2018 edition of Halloween, Laurie’s basement was introduced earlier, and a door was also shown within the room in the basement. This was a hint about Michael’s likely escape later on.

Laurie had also rigged her basement to survive there for a while, but she would still need a bathroom. It’s been speculated that the mysterious door in Laurie’s basement was the bathroom. This means there could have been a porcelain tub in the room that Michael used to protect himself against the flame.

She had willingly given up on many things, including her happiness and sanity to prepare herself and her children for the return of Michael. Nobody had anticipated that a supposed bathroom in Laurie’s basement would have helped Michael survived the trap set for him.

For now, followers of the show believe that the anger from the oversight will eventually lead to another encounter between Michael Myers and Laurie with her children. There will be more revelation in the next Halloween that will air in 2021.

What We Should Expect From Halloween Ends In 2022

A new Halloween movie in the series will be released in 2021, and there are so many speculations from viewers already. Nobody knows what will happen in the 2021 and 2022 editions of the Halloween, but with a footage of a rescue vehicle driving towards Laurie’s burning house, it is expected that Michael would hijack it to pursue Laurie and her daughters.

It is expected that the final onslaught on Laurie and her family may lead to the death of some of them with a lone survival taking on Michael in the final battle.

Why is Cannabis Illegal in the United States?

What lab tests are not covered by Medicare?