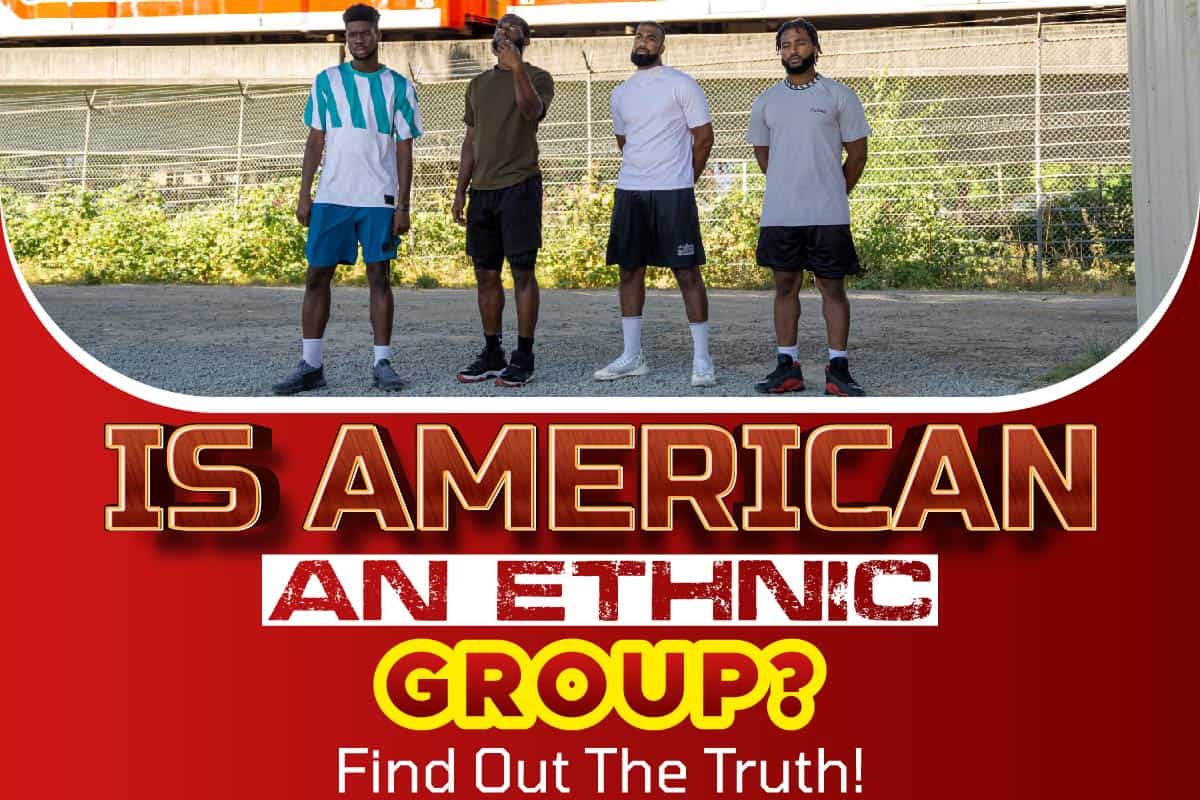 The debate in the case of defining ethnicity and nationality is still hot. People in different forums and discussion sites are still arguing about whether a term should be considered an ethnic group or nationality. We even stumbled upon plenty of those discussions.

And we clearly understand the reason behind it. Both ethnicity and nationality is a form of identification. However, not all people know about the differences that lie between them. So, we decided to dig a little deeper into the topic of is American an ethnic group or nationality.

By profoundly researching what makes a term denote an ethnicity or nationality, we finally came up with a conclusion. And we are going to discuss all of the information we learned in this article.

But what factors does it rely on? Well, firstly, it will take in the relationship that one has with a particular culture. Then, it is going to look into the involvement of a person with a certain social and religious group. Upon taking all of these factors into consideration, the form of identification will give a person a unique identity.

Many people refer to this form of identification as ancestral as it depends on the inherited status as well. If you think of the term like that, you would be making a connection to the descent traits. In other words, the traits that are gained through heredity.

Additionally, you can also consider the factors such as behavior, cultural practices, food habits, dialect, and language. Those are an efficient way of determining ethnicity too. And when we try to determine the ethnic identity of a person, we basically take an ethnic group as a reference.

Now, what role does an ethnic group play in this case? Well, a single person can not just define ethnicity out of the blue. Instead of considering a single person, we take the similarities of a group into account. And then, we compare those similar traits with a single person to determine their ethnicity.

How A Person Gains The Identity Of An Ethnic Group?

As we have mentioned earlier, ethnicity depends on specific criteria. And one can only gain the identity of an ethnic group if they have these:

Talking of which, in terms of physical resemblance, one person might be totally different in the case of looks. However, certain things will be similar, such as the shape of the nose, nails, and color of the eye and hair.

In addition to that, one person does not require any legal documents to be identified using ethnic terms. Can you guess why that is? Well, all of the traits that a person will receive will be through inheritance and from the society they have lived or were born in.

If you want to have a clear idea regarding the term, you would need to take a deeper dive into how different countries are using the form of identification. So, let us dive deep, shall we?

Firstly, according to international law, it gives a legal indication about a particular person. That means that person would be a subject of a certain sovereign state.

Now, let us get into the rights of a citizen. According to the Universal Declaration of Human Rights, there is an article that emphasizes nationality. Article number 15 describes that no person deserves to be deprived of their nationality. And it also states that any person has the right to change nationality if they want to.

How Can One Person Achieve The Nationality Status In America?

The thing is that not all of the countries have the same specific rules in terms of offering citizenship. Usually, any person would get this status when they are born in a specific country. But most of the countries are a mixture of people that were born in different regions.

That is why many refer to a country as a mixed salad. It is a salad where there are tomatoes, lettuce, meat, and other ingredients. Nonetheless, let us get into the topic where we discuss what makes someone gain the national status of America. And these are the criteria that one person must fulfill to gain that:

Once a person meets all of the requirements stated above, he/she would be considered to file a form. The officials would go through the form and check the eligibility. After that, a physical interview might be required. However, the officials might not require a person to appear for an interview for all the cases.

Differences Between Ethnicity And Nationality

If you took a closer look at the ways of gaining both identities, you might have already noticed the differences between them. However, if you did not, there is nothing to worry about because we will go through the difference in broad.

Firstly, ethnicity deals with the ancestry and heritage factors of a person. In comparison, nationality has nothing to do with those factors. It does not matter if one person belongs to a certain ethnic group. Up until the point where they are eligible to fill out the nationality form, they can gain the status.

Secondly, ethnicity has a stronger connection with geographical location. In other words, it deals with the factor where a person is born. On the contrary, nationality does not care where the person is born. Even if a person has a different background, they would still be eligible to fill out the nationality form.

Then, there are ways of determining both the form of identification. While ethnicity depends on dialect, cultural and food habits, physical appearance, language, nationality has nothing to do with these. However, to determine the national status, one has to look through the legal documents.

Talking of which, there are not legal documents for ethnic identification. All the traits that one obtains, in that case, are inherited. But for nationality, there are legal factors.

What Is The Viewpoint Of Americans In Terms Of Nationality?

You might already know by now, America is the melting pot of different ethnic groups and cultures. Here, you will find people belonging to a wide range of cultures and ethnic groups, but none of them really points out the differences among each other in an alarming way. That is what makes a nation strong.

In a perfect world, people would only stick with one national term for identification. However, to properly identify a person, a latter term is always added. It gives someone the idea regarding a person and allows them to properly understand the background of a specific person.

For example, African Americans would be the persons that were born in Africa but gained the citizenship of the USA. They have dual citizenship. And most importantly, they will not be deprived of having rights of national status and enjoying all the privileges in either of the nations.

Now, regarding this highly ambiguous topic of is American an ethnic group or not, the answer can be a yes. However, national status is also described through the same term.

So, when you are trying to determine whether a person is stating ethnic status or nationality, you would need to consider all of the factors that these two deal with.