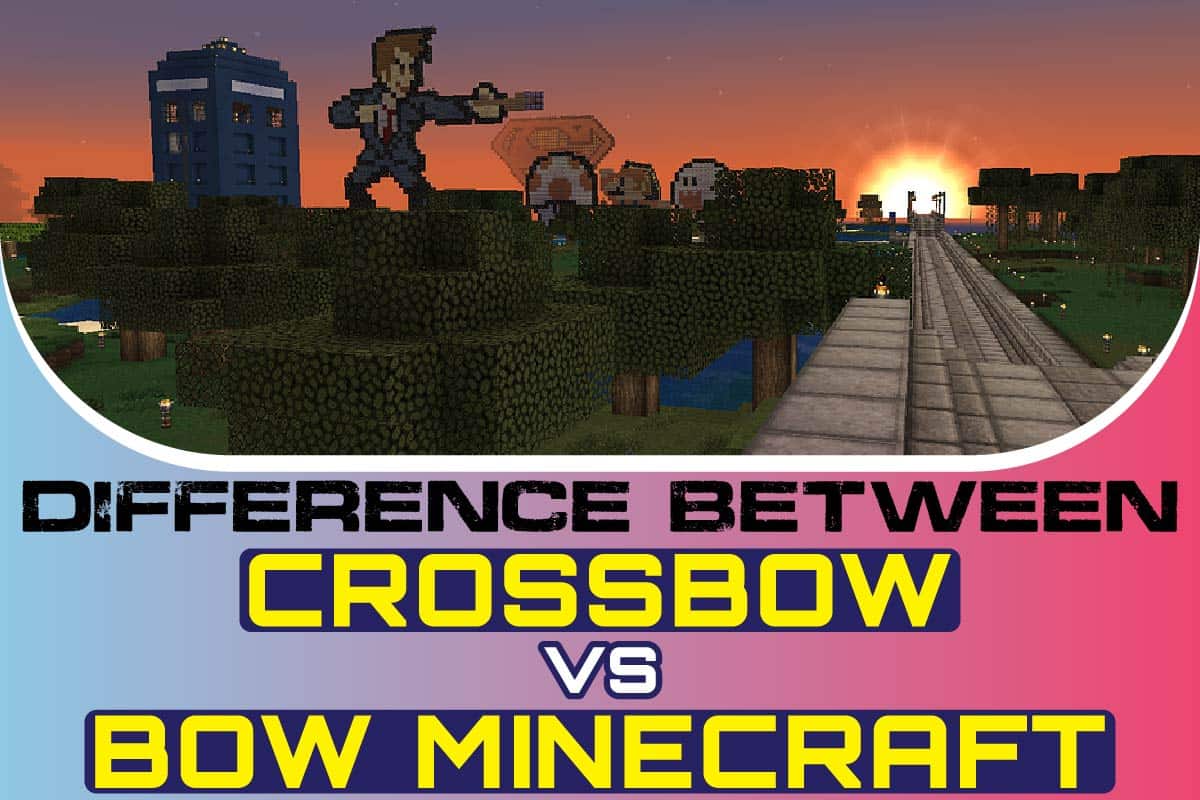 If you play Minecraft, then you’ve, at some point in time, surely felt interested to learn more about the crossbow vs bow Minecraft differences. The crossbow is actually more powerful than the bow, but power isn’t the deciding factor all the time. You might need the features that the normal bow offers at times.

There are other weapons you can use in Minecraft — shields, trident, bow, crossbow and a few others. But since we’re talking only about crossbow vs bow, we’ll keep our comparative discussions between these two. You’ll get a clear idea about the powers and benefits these weapons can offer.

Differences Between Crossbow And Bow

Both of them have some unique features that might be a strength or a weakness for you. It all depends on what you’re trying to achieve with a weapon. We’ll talk about a few points where we’ll discuss how each weapon performs for that specific task underneath them.

To get a crossbow, you can kill a pillager or a piglin. You can also craft them with strings, sticks, iron and tripwire hooks. The more you loot, the higher the chances of getting a crossbow becomes. A common place to find them is in a chest.

For the bow, you can try fishing or killing skeletons and strays. Just like crossbows, bows can also be bought with emeralds. How many emeralds you have to spend differs, but it’s usually less than 8 emeralds for a single bow. You can craft them with sticks and strings as well.

If you gather two damaged bows and craft or grind them together, you can create a new bow with somewhat increased durability. This is the same with both bow and crossbow, no difference.

You can get upto 18 damage points in the Java version of the game. Without fireworks, the damage would be 11 points. Sometimes the value will be less but no less than 6. You can expect an average of 9 points of damage for most of the time.

You can add a few things with your bow. One of the most popular is the flame. You can use it for cooking animals or burning enemies by attacking them with a flaming arrow. This is one of the most used effects in the game.

There are punching arrows too. These arrows add knockback as they hit objects. Also, the infinity arrow allows an unlimited number of arrows to use with your bow.

Similar to punching an arrow, you can get extra power for your arrows too. With it, you won’t have to spend a lot of arrows since one of these can have more than one power.

There’s another enchantment called unbreaking that allows the bow to become very durable so that it doesn’t break easily. And when it breaks, the mending enchantment makes it easy to craft and mend quickly.

Crafting and unbreaking features are also available with extra on the crossbow. But it has a few other powerful extras too. Quick charge is possible through an extra that cuts the crossbow’s loading time, making it a swift weapon.

It’s also possible to pierce through objects by using the piercing enchantment. This can be really helpful when you need an extra push to get through hard objects. Also, a multi-shot extra can put the power of several arrows into one arrow. If you need to hit larger enemies or objects, this is one you should look out for.

None is the winner in the battle of crossbow vs bow Minecraft. Try to avail both the weapons because each of them has its advantages at different times.

Hippo Vs. Elephant – Who Would Win?

What Is A Group Of Jellyfish Called? Read This Shocking Revelation