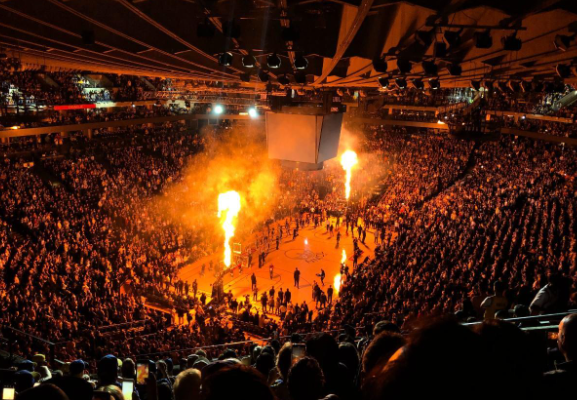 It is getting to that time in the year when every basketball fan is enjoying life. March Madness is always a great warm up to the NBA playoffs – and now we are edging ever closer to the championship series.

The best teams are almost all still involved (anyone remember Brooklyn?) and the NBA Finals betting odds are changing by the day. As we eagerly wait to see which two teams will make it through this year, we thought we would take a look back at some of the greatest ever NBA finals.

A rivalry between two of the league’s greatest ever players, Larry Bird and Magic Johnson, actually began back at the 1979 NCAA Championship game. But it took until 1984 before hoops fans were able to see them go up against each other in the finals of the pro league.

Both players were incredible across the seven-game series. Two of the games went to overtime and it was Bird who ended up victorious, taking both the NBA Finals MVP and NBA MVP honors. But the Lakers would come back and win more titles in the years following.

This was possibly the greatest ever comeback in Finals history. Golden State Warriors had looked simply unbeatable throughout the regular season with a 73-9 record and had continued that dominance into the playoffs. They then took what seemed to be an unassailable 3-1 lead in the finals.

But then the Cleveland Big 3 clicked into gear. LeBron James was on a mission to bring a title to his home town for the first time in 52 years and ended Game 7 with a triple double. The rest of the team played their part too – keeping the Dubs scoreless for the last 4:39 of the game. Legendary.

Miami had won the championship the year before and was everyone’s least favorite team. Unfortunately for everyone, it was also an incredible team with its own Big 3 (again featuring that man, LeBron James).

The Spurs actually looked as though they were going to win the series in Game 6 but the Heat managed to take it to overtime where Ray Allen sank what is generally regarded as the best finals shot ever. Momentum swung to the Heat, who then took the series in Game 7.

It seems weird saying this now, but the Knicks were the favorites to win this. The Lakers had Wilt Chamberlain, who scored 45 points in Game 6, but New York eventually won its first ever championship and Willis Reed provided one of the most iconic performances in finals history. This series had it all.

Willis Reed had torn a thigh muscle in Game 5 and was not expected to play again that year. But he limped out of the Madison Square Garden tunnel to warm up and score two baskets in the final game. That seemed to galvanize the Knicks and New York celebrated like never before.

We couldn’t get to the end without including a finals featuring the one and only Michael Jordan. Most of Chicago’s championships were a little one-sided as Jordan was just so good. But the 1997 finals against the Jazz deserve a mention because of his performance in Game 5.

Dubbed the ‘Flu Game’, Jordan seemed dead on his feet because of illness and was carried by Scottie Pippen. But even in that condition, he managed an incredible 38 points. It later transpired that it was probably food poisoning that laid him low. But just ask the Jazz players whether it really made a difference or not.